This month I read 4 books, which I'm happy with :). These 4 books were:
Miss peregrines home for perculiar children - Ransom Riggs
Harry Potter and the sorcerer's stone - J.K. Rowling
Fire & Flood - Victoria Scott
Shadow and Bone - Leigh Bardugo
I enjoyed all of these books and recommend them all. 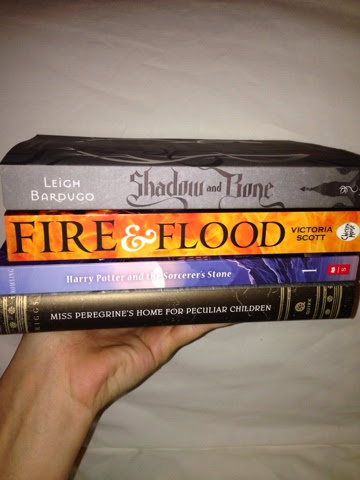 Posted by Kevin and Deniz's book blog at 10:50 No comments:

The Divergent trilogy is about a 16 year old girl named Beatrice "Tris", who lives in a dystopian world, where society is broken up into 5 factions: Abnegation, Amity, Candor, Dauntless and Erudite. At the age of 16 all 16 year olds have to take an aptitude test to prove which faction they are best suited for. We follow our protagonist Tris through all her challenges and brave decisions she must make in order to survive
Let me start of by discussing the first book, Divergent. In the first book of this trilogy, Tris takes her aptitude test and instead of being told she is suited for one faction like the test is supposed to do, she is told she is suited for 3 different factions, which they call "Divergent". The book takes off from there and we follow her and discover which same or new faction she chooses and her initiation journey to becoming a part of that faction.
The second book, Insurgent, picks up exactly where the first book left off, with Tris, Four, Tris's brother, Caleb and Four's father, Marcus Eaton. After the events of the first book, Tris has to cope with the loss and trauma she encountered in the first book. However it is not all over yet, the leader of erudite, Jeanine Matthews, is still out to have all the divergent killed. Tris and the fellow divergent have to try and stop Jeanine and save her friends. But also there is a secret that Jeanine is keeping from everyone.
The third and final book in this trilogy is Allegiant. Once again this book picks up exactly where the second book left off. With the secret now out about the life outside the gates, there is mixed reactions to what Tris, Four and their friends will do. Will they join the Allegiant, a rebel group who want to escape the city and reinstate their old way of life after new leader Evelyn, Fours supposedly dead mother, wants a new way of life. Tris must face her final challenges which could mean life or death. I loved the ending to this trilogy and am sad that it is finished.
Veronica Roth created an incredible world  which I fell in love with straight away. Roth's writing style is also adds to how amazing this book is. Roth had me turning page after page and had me on edge throughout not only this book but the entire trilogy. Veroinca Roth creates such lovable characters such as Christina , Will, Uriah, Four "Tobias" and of course Tris. I absolutely adore this book and Veronica Roth's writing.
I loved everything about this trilogy from the characters to the world building and also all the action. I loved the whole mystery about what was beyond the fence, it had me guessing until finally we discover what it is. When characters died I would be sad and I actually felt bad for the characters. I think this proves just how great Veronica Roth is at creating characters.
*SPOILERS*
Please do not read if you have not read the Divergent trilogy.
The only spoiler I'm going to talk about is the major one that happens in the final book Allegiant. I think we all know what I am talking about, Tris's death. I personally loved how Tris died, she died the same way her parents did. This shows that she is both selfless and brave  just like her mother was. Both of her parents died to get the truth out to everyone and to save as many people as they could. This is exactly what Tris does and I love it. Veronica Roth obviously had this planned before writing Allegiant as it fit perfectly with the deaths of Tris's mother and father in Divergent. This was an incredibly brave move on Roth's behalf but I love that she did it regardless of the response to it. Once again I love this trilogy and recommend it to everyone!! 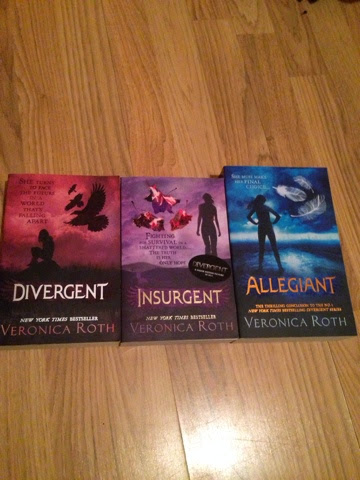 Posted by Kevin and Deniz's book blog at 13:16 No comments:

Book haul February/March😁📖📖 Dropped across the universe on my foot while taking this picture. 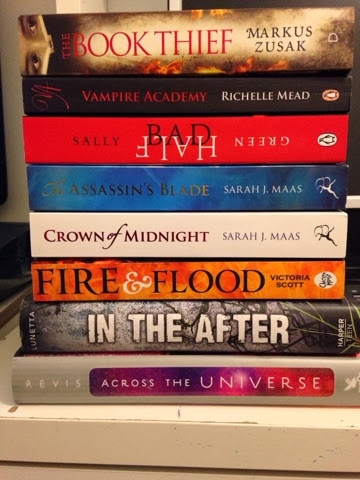 Posted by Kevin and Deniz's book blog at 14:02 No comments: 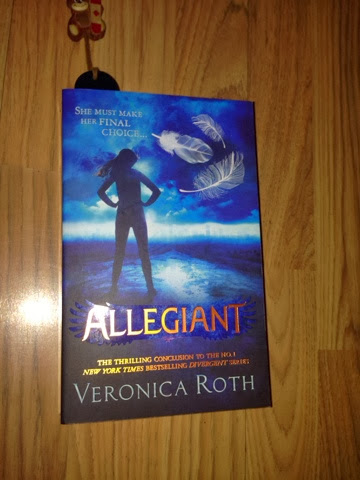 I am currently reading the final installment of the Divergent trilogy and that is Allegiant by Veroinca Roth. I love this trilogy and I don't want it to end!!
Posted by Kevin and Deniz's book blog at 10:48 No comments:

I am currently reading Fire & Flood by Victoria Scott and loving it so far. 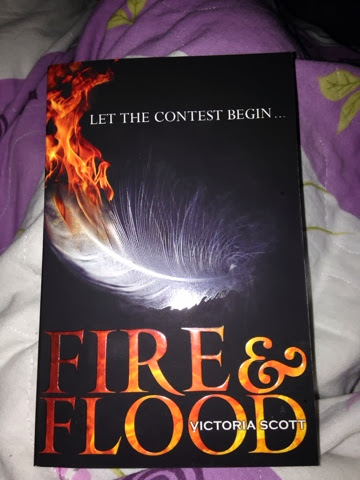 Posted by Kevin and Deniz's book blog at 15:28 No comments:

Hey guys, I am the other co-owner to this blog. I'm almost 17 years old (1 month to go) and I live in London. I'm currently studing Psychology, Biology and Geography. My favourite serious are The Harry Potter series, The Mortal Instrument series and The Hunger Games series. My all time favourite characters are Finnick Odair, Fred Weasley, Remus Lupin, Bellatrix Lestrange and Valentine. I also have an obsession with boybandsand superheroes especially Captain America. I will post reviews on everything I read or watch and post pictures of hauls or anything related to movies or book. P.S if you want to talk to me personally I have twitter @1DNarryArmy  (told you I was boybands obsessed) just tweet me that you found this blog and I will follow you back. Also please excuse my spelling! I'm not great with spelling. Much love : Deniz :)
Posted by Kevin and Deniz's book blog at 15:23 No comments:

Get to know me: Kevin

I am co-owner of this blog. I am 17 years old and I'm from Ireland. I'm in my final year of school and I hope to go on to study media studies in university next year :).

My favourite books include: The Harry Potter series, The Divergent trilogy and also The Hunger games trilogy. I have loads of other books that I love but those are just my top 3 at the moment. I will post my reviews on books that I read on this blog and I may also post some book to film adaptation reviews and just general movie reviews.

We'll that's just a brief bit about me and I hope you enjoy me and Deniz's blog!!

Posted by Kevin and Deniz's book blog at 15:03 No comments:

Kevin and Deniz's book blog
Basically we are two cousins who read :) what more of an introduction do you need!